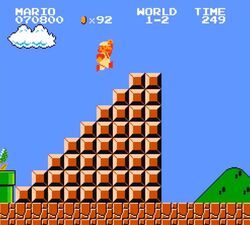 Few video games can claim the distinction of being in the general consciousness for decades, spanning different generations. Super Mario is one of, if not the only one, that has made great strides in this area.

There's almost no one on the planet who has not heard of the Italian plumber in overalls who goes by the name of Mario. Those who have never played the game may not be aware of his humble beginnings but they have in some shape or form, heard of him.

Jumpman had to jump over the barrels thrown by Donkey Kong to save the damsel in distress who would later be called Princess. Mario has come a long way since then. Over the last three decades, he has appeared in over two hundred video games and has also been referred to in hundreds of more titles.

By the time the 90s rolled around, Mario has become one of the most iconic characters in video game history. He not only succeeded in rescuing the lady in distress, but he’d also become the face of Nintendo itself.

The beginning of Nintendo

1889 was the year when it all began. Fusajiro Yamauchi established a small company named Nintendo Koppai (🔎 wiki) to manufacture Japanese gambling cards called “hanafuda.” Business was great for many decades and the company remained one of the top producers of hanafuda in the world.

However, when Hiroshi, Yamauchi’s grandson, took over the business in 1956, he looked for ways that the company could diversify its revenue streams. He invested in many things which did not always bring profits, such as “love hotels” which catered to amorous couples, rice packets, and a taxi cab company.

He finally found a new niche in the 1960s and gained a stronghold on the electronic toys market. When he saw just how Atari succeeded, he made it his mission to make it big in the video game market.

In 1977, the company introduced the Color TV-Game console

It came preloaded with different versions of one game which was initially the company’s version of Pong. They would go on to sell more than 3 million units in the next three years.

The younger Yamauchi wanted more and he turned his attention to quarter-munching video arcade games. Nintendo produced 3,000 Radar Scope cabinets to be distributed in the United States. However, as luck would have it, American arcade vendors thought the game was too similar to Space Invaders.

The beeps and noises didn’t contribute to the game’s general unattractiveness. The company was left with plenty of unsold machines and it seemed that their American dreams were dashed.

The setback inspired Yamauchi to go back to the drawing board and asked artist and product developer Shigeru Miyamoto to create a game that would appeal to Americans. Miyamoto focused on the story first and taking inspiration from Popeye, he featured a character named Jumpman who had to rescue his girlfriend Pauline from a giant gorilla kidnapper named Donkey Kong.

In 1983, Mario finally became a star in his own game

He and his brother Luigi, now plumbers from New York, were given the task of defeating several creatures who were rising from the sewers in the arcade game called Mario Bros.

This came about with the release of the Family Computer in Japan. Sales in Japan skyrocketed and after testing in select US locations for a year, the Nintendo Entertainment System finally penetrated the American market in September 1986. The system was launched with more than a dozen games, including a new one that would soon become the most recognizable plumber, Super Mario Bros.

The evolution of Mario

Although we’re unable to enumerate all the games that had Mario in them, we’ve listed some that marked important milestones.

Back then, nobody thought that “Jumpman” would evolve from being a minor character to the most popular character in the entire history of video games. In his first appearance, most of Mario’s trademark look was almost complete, including the famous red hat, overalls, and distinct Italian mustache.

This handheld game marks Mario’s second appearance. These games had a fixed background that enabled the user to take Mario from the screen’s bottom part to the top. He is almost recognizable in the game but there were limitations in the system.

This was the first game that Mario starred in and his brother Luigi was launched at the same time. There were only slight changes to Mario’s character and one of them was his nose being less protruded.

As suggested by the title, Mario is nowhere to be found so his brother Luigi was the central character in this educational game. It has a great resemblance to the graphics of Super Mario World.

This was available in shops in North America for less than 6 months. He was the star of 4 of a sum of 22 games released worldwide. The game came packaged with the system so it was probably the most recognizable for gamers.

This was the first Mario Kart on a console for almost a decade and it had a lot to deliver. It was certainly a fun game, although it was less than perfect, especially in multiplayer. The difference with this game was that it allowed two players on a kart, one driving it while the other holds on to the back. The players can switch between the two characters at any point.

This game included components of the 2D and 3D platforms. It also had features from other games such as the power leaf. It has the distinction of being the fastest-selling Mario handheld game in history.

This Mario tennis game received mixed reviews even though it had some outstanding features such as multiplayer support for up to 4 players over a wireless connection. 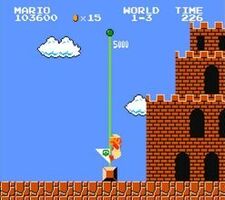 Mario has come a long way since he entered our consciousness through his general appearance hasn’t changed much in the last two decades. Mario has branched out into sports games, RPGs, party games, and more, but he is still predominantly recognized for his platform games.

There’s a reason that Mario is the best-selling gaming franchise in history. Although not every game he’s been on turned out to be classics, he’s always had good reviews and he’s had more hits than misses.